The yoni steam is a simple, natural and inexpensive way to help balance your hormones.

Some women experience hormonal fluctuations due to their menstrual cycle or other factors, which can lead to discomfort.

The yoni steam helps in balancing your hormone levels by providing soothing heat and essential oils for a deep cleanse.

It also helps in giving relief from cramps, headaches, bloating, fatigue and more. 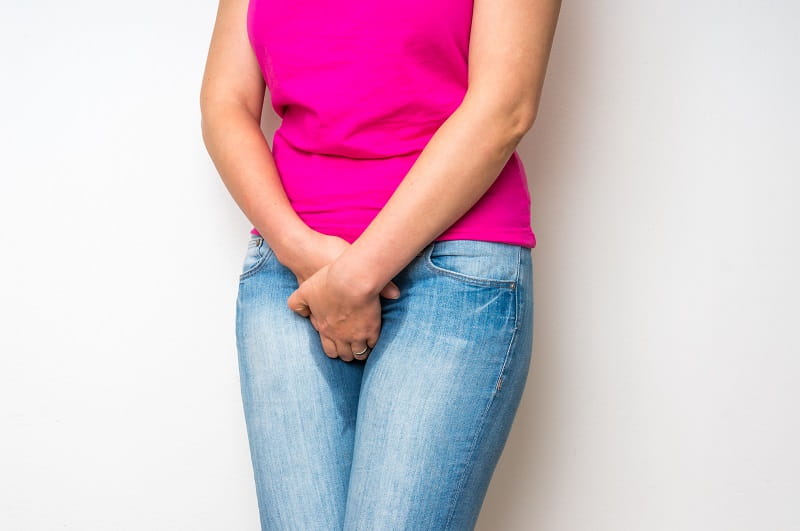 Introduction: What is a Yoni Steam?

A yoni steam is one of the sacred practices in the ancient healing arts of different cultures. This practice helps to detoxify and purify the womb.

A yoni steam helps to cleanse toxins from the vagina and uterus, which could lead to an increased libido, improved menstrual cycles, and a decrease in symptoms of PMS. Women will often notice a difference in their vaginal pH balance after completing a yoni steam.

There are many different techniques for completing a yoni steam, some are more intense than others. It’s important that you find what works best for you depending on your goals for your vaginal health.

Why did people start steaming their vaginas?

It is unclear where vaginal steaming originated. There have been some theories that it is based on an ancient Korean practice or that it is related to a Greek tradition called fumigation that dates back to the classical period.

It was found that the vaginal tradition is fairly common in South Africa, Indonesia, Mozambique, and Thailand in a 2011 study by the World Health Organization. Thai women in the province Chonburi, for instance, steam their vaginal areas to ‘maintain wellness and the feminine identity.'[2]

86% of Southeast Asian women say they use vaginal steaming after childbirth as part of self-care. Vaginal steaming has also been promoted as a healing remedy in Southern and Central American cultures after pregnancy to tone the womb and repair damaged tissue. Last but not least, the study found that women in Mozambique practiced vaginal steaming for the purpose of tightening the vaginal muscles.

Vaginal steaming has become a popular remedy in America and in modern spas. The practice of vaginal steaming and its “detoxifying” benefits were made famous by Gwyneth Paltrow in 2015.

She bragged about its ability to cleanse the uterus while touring a spa retreat in Santa Monica. A picture of Chrissy Teigen steaming herself while wearing a face mask was posted on Instagram of her standing over the pot.

In what way is it supposed to work?

Herb-infused steam is directed into your vaginal cavity during vaginal steaming. Some upscale spas offer this treatment for a fee. Even though most doctors recommend it, it can also be done at home. A container of steam infused with herbs is just sat over or squatted over.

The following herbs are often combined or used alone:

It is common for spas to have a special seat with a hole that lets steam pass through. The process is slightly more difficult at home.

Here’s how to do vaginal or yoni steam at home. However, you should consider the potential benefits and safety concerns before trying it out.

Steam sessions last an average of 20 to 60 minutes. It may take the steam longer to cool depending on the water’s temperature. [1]

Benefits of Yoni Steam on the Female Body

Despite the lack of scientific evidence to support its effectiveness, vaginal steaming or Yoni steaming has become a popular holistic treatment. In addition to cleaning the vagina, vaginal steaming also claims to relieve the symptoms of monthly bleeding, as well as stabilizing hormone levels.

The following advantages are also said to come with Yoni steaming:

The Process of a Yoni Steam Treatment

Lets discuss the process of a Yoni Steam Treatment below in four easy steps:

The bulk dried herbs should be combined with three quarts of water in a large pot. You can release the aromatic properties of herbs by crushing them between your hands over water.

While setting an intention about the desired outcome, let the herbs fall into the water. If you are facing a challenge, such as conception or healing impurities, picture what you would like the results to be.

The herbs need to be simmered in water with a lid for ten minutes, then the heat is turned off and steeped for an additional five minutes with a lid on. Sit in a quiet place and do the steaming while the herbs are simmering.

Getting Your Space Ready

At first, it can be very difficult to understand this part of the process. To steam the area, there are a few simple steps:

Clinical practice involves positioning women 8-12″ above a pot of herbs when performing this procedure. If you are setting up your space, use this as a guide.

In the toilet, under the toilet seat or under the stool, place the pot of herbs. Steam can be enjoyed while listening to music, an audio podcast or just relaxing. To keep the steam in, sit bare-bottom above the steam and wrap a blanket around your waist and around your back all the way around. For your feet to stay warm, we recommend wearing socks.

Take note of the steam’s temperature before sitting over it. To ensure your steam does not become too hot, proceed with caution as you would with a cup of tea or a hot bath. 8-12″ above the herbs is generally a safe height. In the meantime, there are three methods of adjusting the heat of herbs while they cool down:

For 20 to 30 minutes, sit over the steaming herbs. Heat should never burn, but it should always feel pleasant. During the steam, keep your intentions in mind. In what way do you want to be healed as a result of your self-care? This can be a wonderful time to turn inward and focus on your breath, if you practice meditation.

After you’ve finished steaming, lie in bed or on your couch for 15 minutes and cover yourself with a blanket. Put the herbal water in your compost, garden, or toilet after you’re done with it.

How Often Can I Do Yoni Steaming?

What is the frequency of Yoni steaming? You’re interested in yoni steaming but unsure how frequently you should steam.

Here are some basic ideas to guide your steam journey.

During your period you should not steam, so try to avoid that time. Two steam sessions each month are extremely beneficial, one before your period and one after your period, especially if you do them one after the other

Steaming with the moon cycle is a wonderful way to support your body when you currently don’t have periods or when you have irregular cycles. It is thought that the lunar cycle occurs around the same time as the menstrual cycle and they have a similar energetic correlation. If you are steaming with the moon, do a steam session during the new and full moons, waning and waxing moons.

During your fertile days or the days following ovulation, you should avoid steaming. Implantation can be interfered with by steam because of its warmth. The use of steam after your period is beneficial to help circulate hormones and get the blood to the pelvis, which helps to prepare your body for childbirth.

This question frequently comes up because pregnant women often want to yoni steam.

When I’m pregnant, can I yoni steam?

It is not advised to steam Yoni during pregnancy!

Your pelvis is directly exposed to the steam when you steam. You don’t want the steam to affect the baby. In addition to increasing circulation to the pelvis, steam can also cause contractions.

WHICH ACTIONS SHOULD I TAKE DURING PREGNANCY?

Plan your postpartum recovery with a steam plan! After the baby is born, steaming is incredibly therapeutic for a new mom’s body.

STEAMING IN THE AFTERMATH OF CHILDREN INCLUDES MANY BENEFITS:

The most important thing to remember when using vaginal steaming is not to get too close to the steam or to use hot water.

Steam should be moved away from if it feels uncomfortable or gets too hot.

Women with frequent infections should consult their doctor before trying vaginal steaming to restore pH balance to their vagina.

A prescription treatment is available to help restore balance to the pH. In comparison with vaginal steaming, these treatments are more likely to work.

In addition to self-cleaning, the vagina maintains a healthy pH balance. To maintain vaginal health, additional interventions do not need to be used, such as steaming or douching.

The best way to keep the vagina healthy is to keep it clean, dry, and free from perfumes. Vaginal steaming is not recommended for most people.

When they do try it, make sure to exercise extreme caution to reduce the possibility of burning themselves and getting infections.

What is the purpose of a Yoni steam?

Vaginal steaming, also known as V-steaming or yoni steaming, involves sitting or crouching over a hot pot of steaming water with herbal medicines to strengthen and cleanse your internal reproductive organs.

What is the price of a yoni steam?

Vaginal steams, predictably, are said to help with haemorrhoids. Treatments range in price from $20 to $75 (depending on location) and entail sitting naked on a bottomless stool over a boiling pot of water filled with mugwort, wormwood, and a variety of other plants.

What is the best way to steam yoni at home?

Step-by-Step Instructions for Making Your Own V-Steam

How frequently should I steam my yoni?

If you have a chronic infection, you can steam your cervix up to three times each week. This allows you to achieve the greatest results. Yoni steaming should be done once a week if you are having fertility issues. You can also do it twice during the pre-ovulatory period.

Vaginal steaming, an alternative treatment that has recently gained popularity, is said to heal a variety of ailments ranging from period pains to infertility. Some people advocate it as a treatment for unclogging fallopian tubes. Unfortunately, there is no evidence to back up these claims.